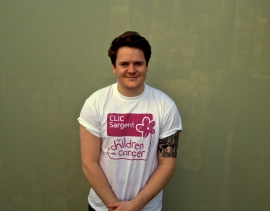 Jack is walking for Stephanie Knight (www.stephknight.co.uk), who since she was 17, has had to battle with cancer. in 2010 her cancer went into remission, but Steph continued to raise money and awareness of teenage cancer, and has helped raise over £40,000.

Unfortunately in April 2012 Steph found out the cancer was back in the same part of her pelvis. Since then she has had to have her Pelvis, Hip and right leg removed; Throughout this Steph has always been positive and continued to raise money and awareness, to try to help others. When I asked Steph who she would like to benefit from this campaign, she suggested CLIC Sargent, who help young people with Cancer and their families. 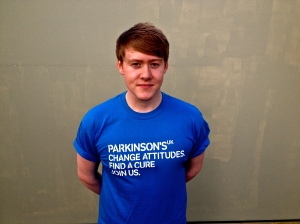 Kieran is walking for Parkinson’s UK in memory of his Granddad, John Paul O’Mahoney who sadly died in 2010 after six years of battling the debilitating disease.

Raising money for Parkinson’s UK is not just about finding a cure, its also about looking after the family and those directly effected by the event. Kieran’s grandmother Dora was obviously in a terrible position when her partner of 62 years was taken from her. Through the charity she has been given a lot of support in the form of bereavement counselling, along with becoming a member of a group made up of widows and widowers who speak to partners of current sufferers, letting them know that they are not alone in what they’re going through.

All of the equipment and cost have been paid for entirely by the two men. From the very beginning it has been a clear objective to ensure 100% of money raised is split 50/50 between the two charities.

Jack and Kieran set of for New York on the 28th May, and the walk begins on the 1st June. Until then they are both training hard by going to the gym, and walking every chance they get. Kieran is working in the French Alps as a chef in a ski chalet, and is using his spare time to walk the mountains and build his fitness. Jack is still in the UK, working five days a week, but spending as much time training in the gym and using any spare time he has walking to build up his stamina.